22:15 | Hailing from what is considered New Zealand's iconic music city, Dunedin, founding members Andrew Wilson and Michael Prain cut their teeth in the live music scene by playing in noise bands around town. It wasn't until 2003 that they formed Die! Die! Die!, but they already had the hard working DIY ethos that continues even now. This year Die! Die! Die! release 'Harmony', their fourth studio album recorded at Blackbox Studios, France. This album proves the band continue their evolution to perfect their sound. 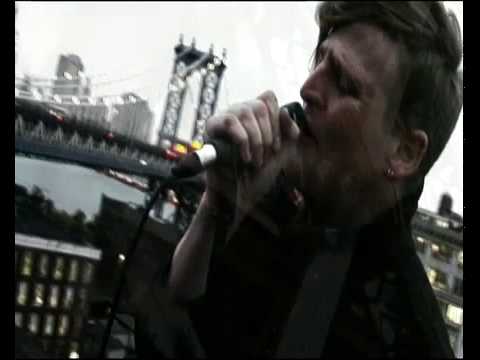 2014 marks the release of their sophomore LP - 'Ruinenlust'. Recorded and mixed in Antwerp by Pascal Deweze and mastered in New York by Josh Bonati, known for his work with The Men, Cult of Youth, Pop 1280 and others. While the rawness of the band's first release remains, the vocals are more subtle interwoven in the relentless vibe.

20:00 | After a year of silence, Brughes-based lo-fi-trio Maze are back with a new drummer, recruited from the ashes of the perished Movoco. They'll be bringing songs from their impressive debut album on Vlas Vegas and tons of new material.